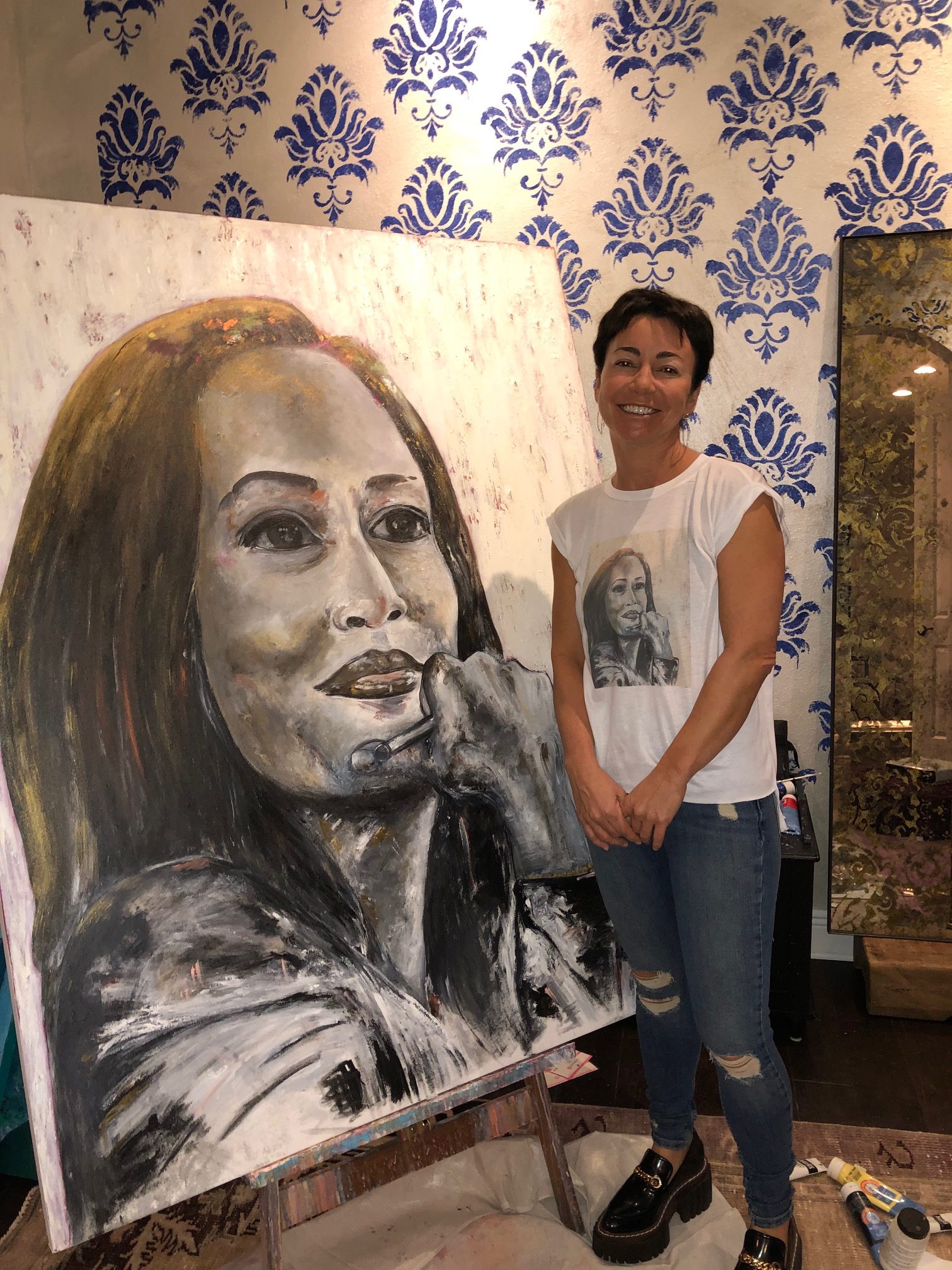 As a professor of psychology, Dr. Jamie Goldenberg has spent her career studying the psychological experiences associated with being a woman. After dedicating many years to writing for an academic audience, she has begun exploring new mediums to communicate her work to a broader audience.  In the last ten years, she wrote a novel (Finding Jolie) and has been exploring similar themes related to women’s lived experiences in her artwork, which has been exhibited at various galleries and stores in the Tampa Bay area. Her current series is a celebration of powerful, particularly liberal, women, including Ruth Bader Ginsburg, Michelle Obama, Aretha Franklin, Angela Davis, Amanda Gorman, Stacey Abrams and Vice President Kamala Harris. Her portrait of Kamala Harris, which she painted with shattered glass in the background, along with a picture of the artist wearing a t-shirt featuring the art, recently went viral on the Facebook group Pantsuit Nation (over 42,000 likes, and 2000 comments), so indeed with her art she is reaching a larger audience and connecting with individuals who are also moved the progress women are making right now. 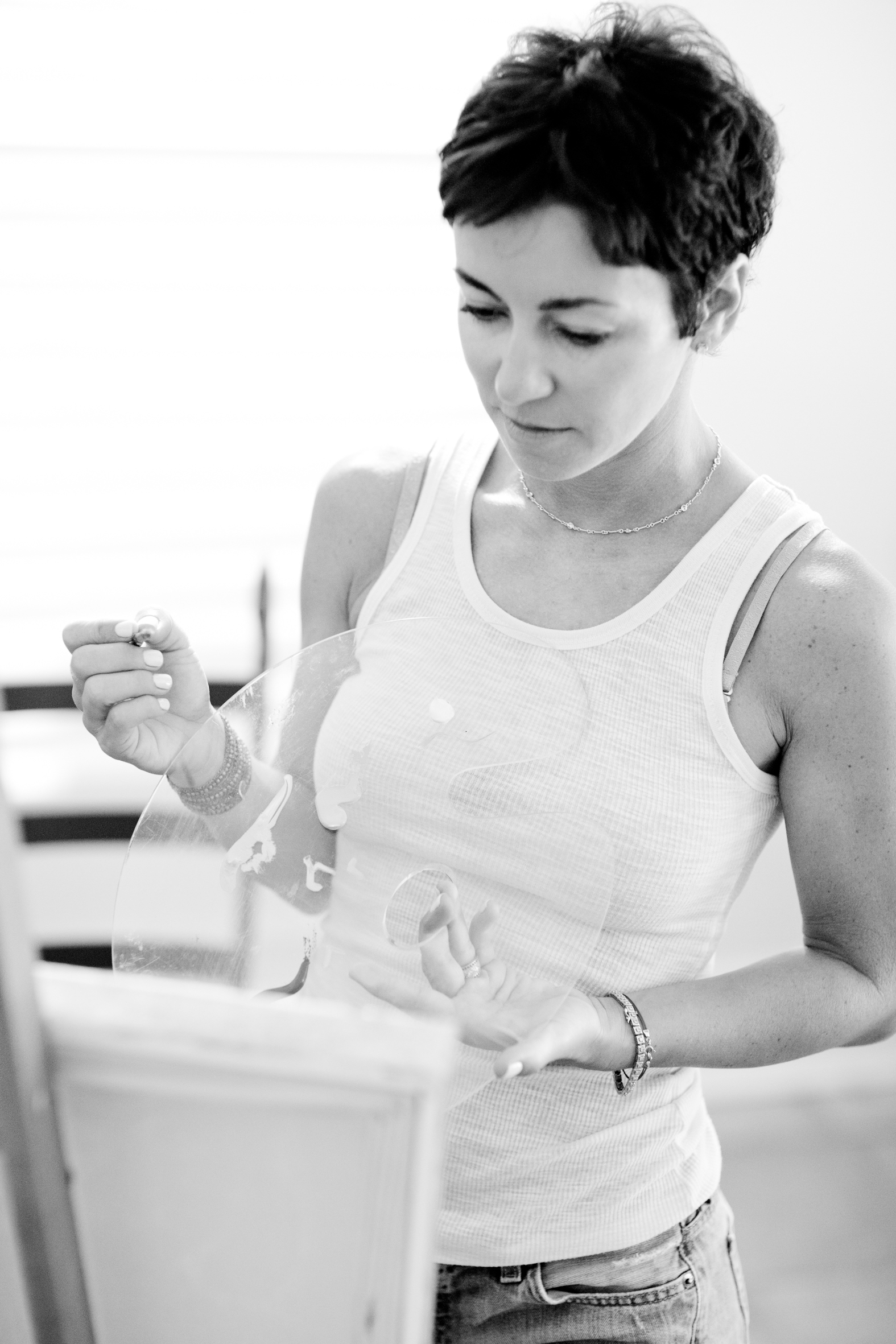